Interpretation and re-interpretation of my own childhood drawings. Archetypes of non-articulated figures. For several years I have been investigating a small stack of childhood drawings that I made between the ages of three and five. The drawings depict wild scenes with colorful figures whose meanings and relationships between each other seem completely unknown to me. During my attempt to clarify these pictures in terms of form and content, new motives arose. Where the unfathomable brilliance of the unscrupulous child’s hand blurs, today, there may be scopes for myths and interpretations. Dominated by light and shadow, “YOUNG PROPHECIES” present a new home for these primeval creatures. 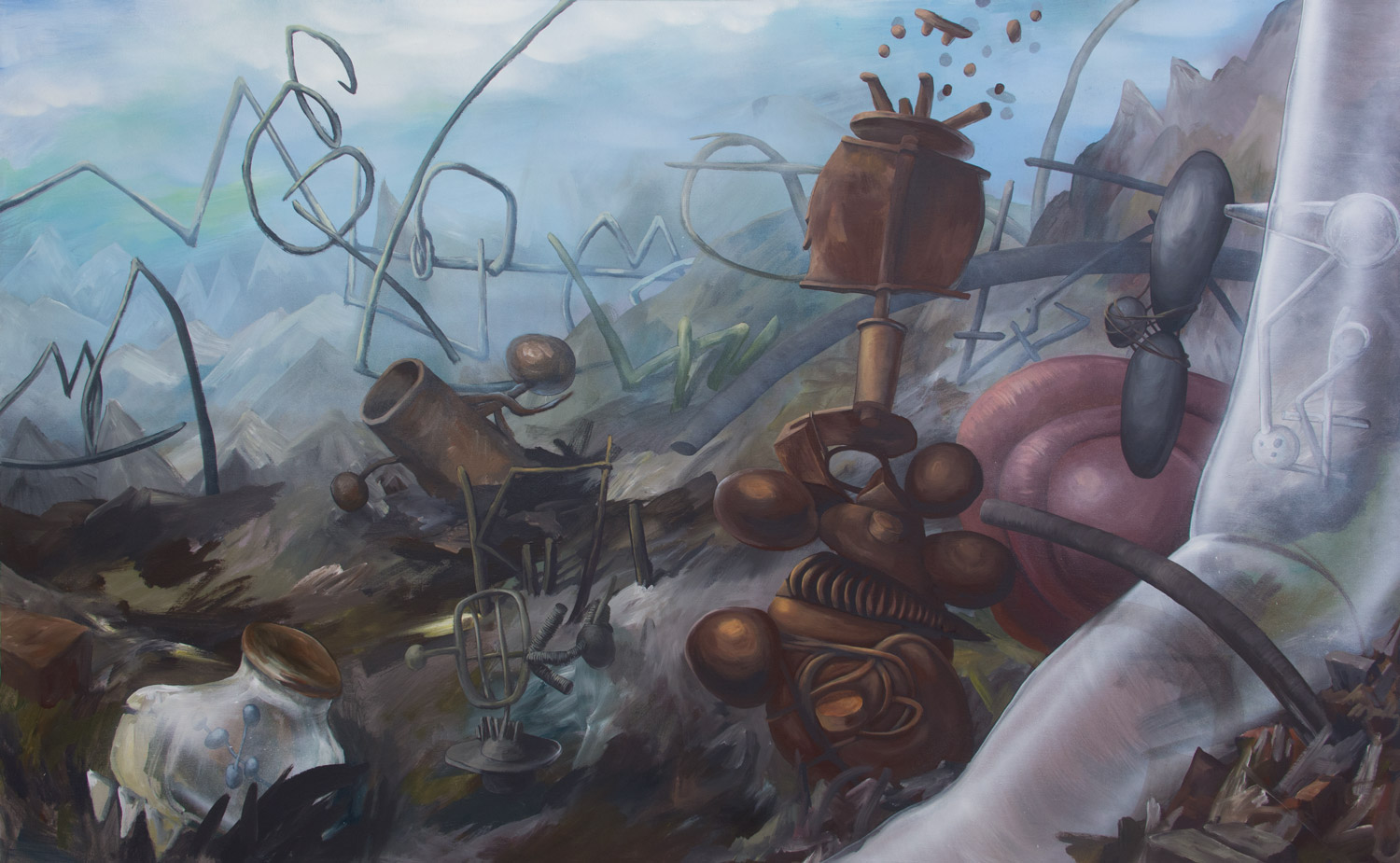 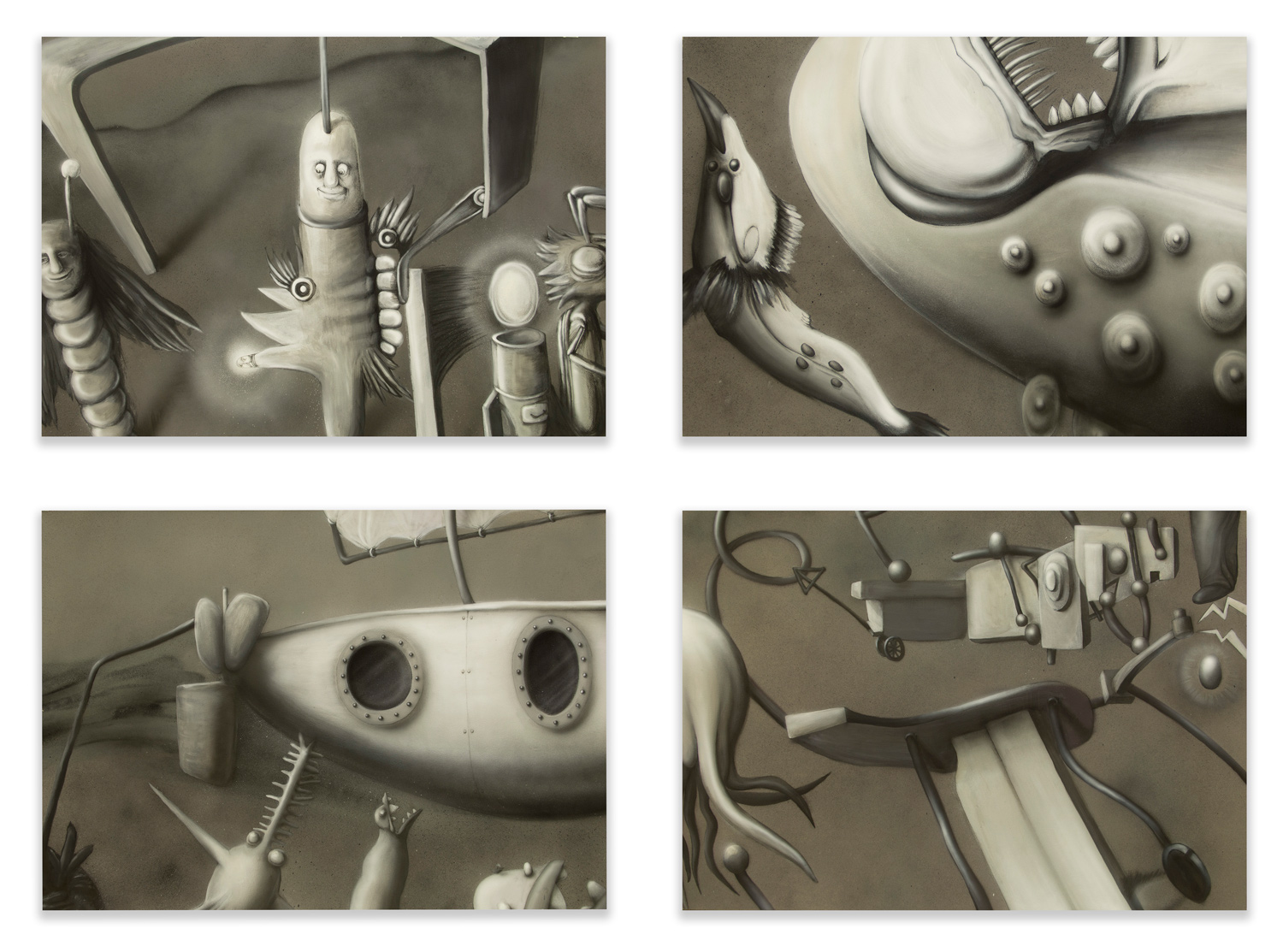 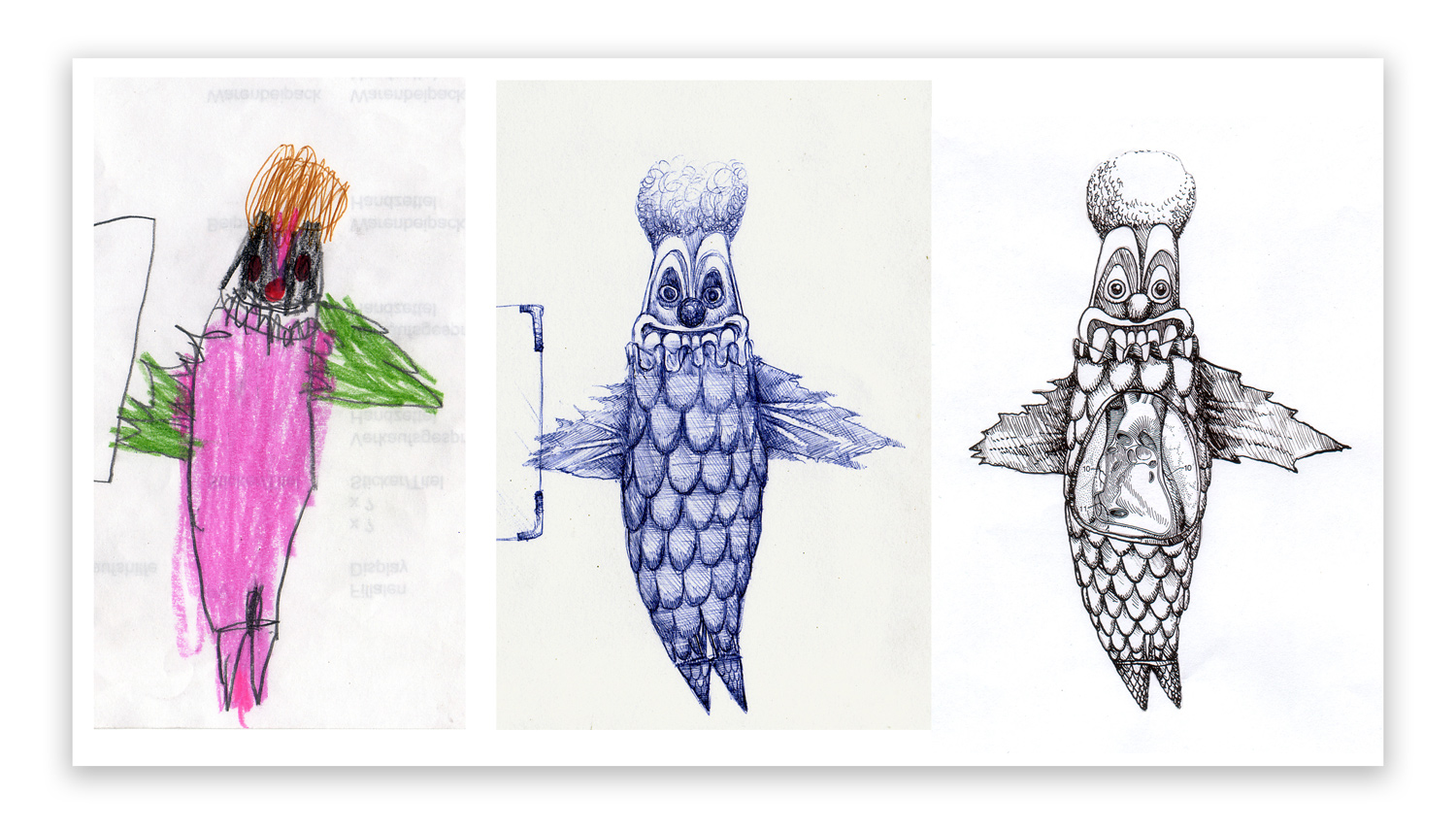